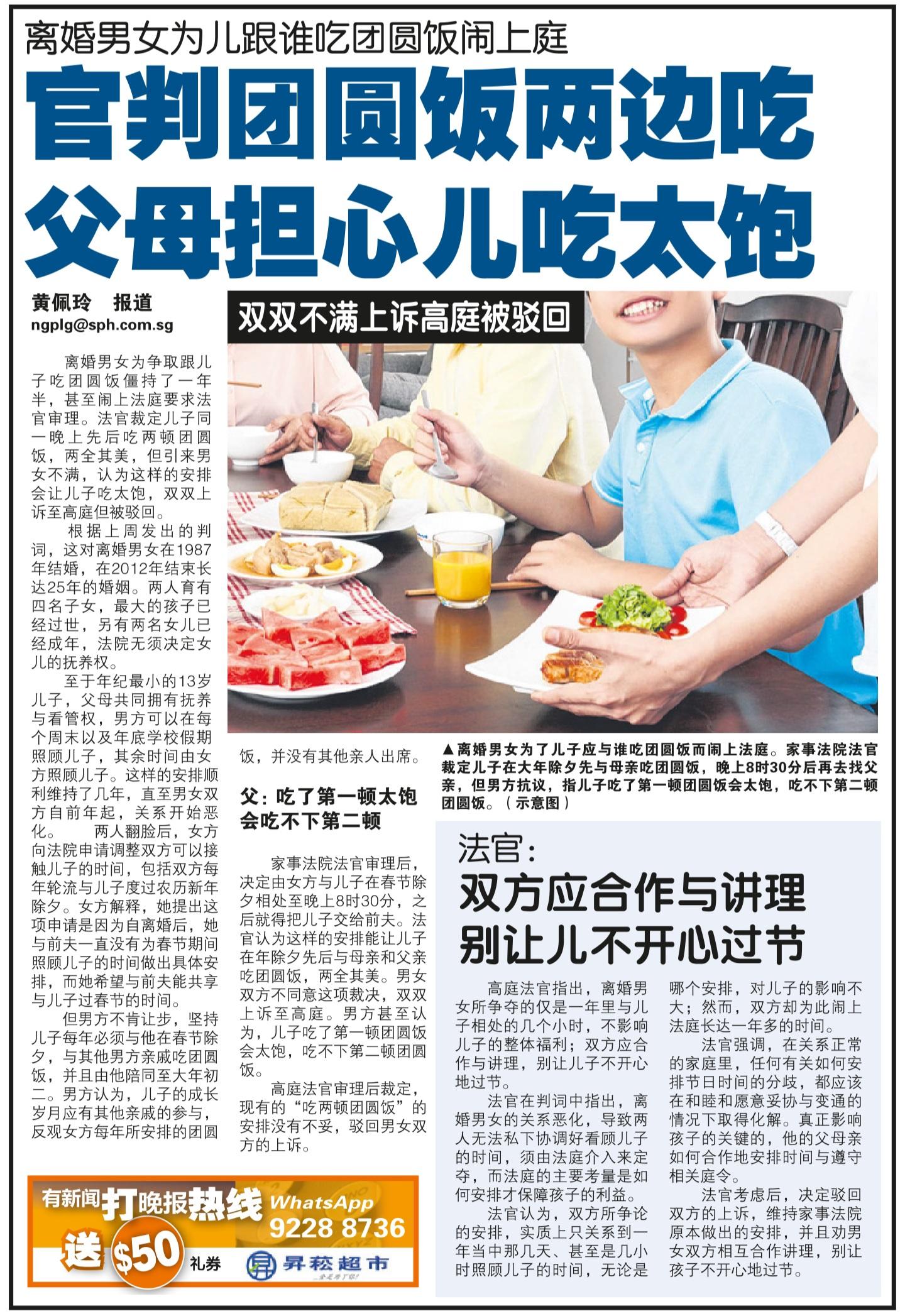 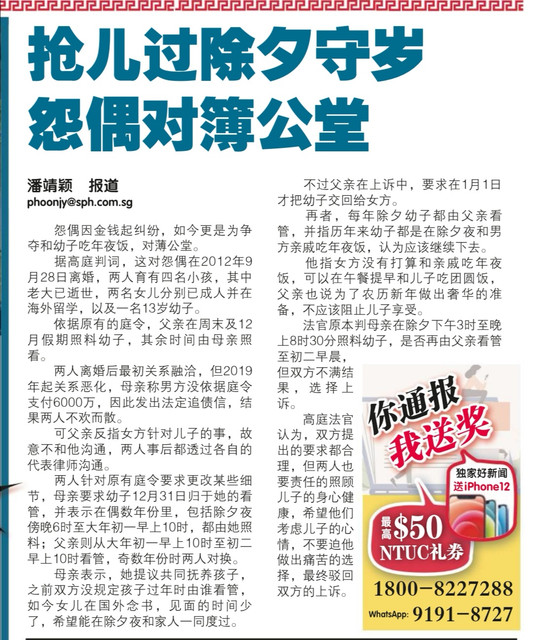 English version of the above.
https://www.straitstimes.com/singap...in-court-over-sons-reunion-dinner-arrangement

A couple, who divorced nine years ago following a $60 million settlement, fought in court for 1½ years over which parent their youngest child should have reunion dinner with on the eve of Chinese New Year.

A district judge decided in 2019 that the 13-year-old should have dinner first with his mother, before a second dinner at his father's home on the same day. But both parties were not satisfied and appealed to the High Court.

High Court judge Debbie Ong dismissed the appeals on Jan 7, urging the parents to reflect on their communications with each other and the positions they have taken in litigation.


In her judgment, Justice Ong said: "The court is the last resort for the resolution of parenting matters, for parents should intentionally endeavour to make these decisions for their children themselves."

The judge said that whether the issue was resolved in favour of the mother or the father would not significantly affect the welfare of the child, whom she referred to as C.

"What would significantly affect C's welfare is the parents' conflicts and the spirit in which they carry out the orders," said the judge.


She added that the conflict may have tainted the child's experiences of what ought to be joyful celebrations.

Justice Ong also said that if both parties' lawyers can work as a team to resolve their clients' parenting matters, they would have played a role in delivering "therapeutic justice", an approach focused on healing relationships and moving forward.

The couple, who had four children, had an uncontested divorce in 2012 after a 25-year marriage.

The current appeals concerned only their youngest child. Their oldest child has died, while two daughters are 21 and 22 years old.

For years after the divorce, the arrangements relating to the care of the children worked smoothly. There were no specific arrangements for dinner time on Chinese New Year's Eve.

But the co-parenting relationship soured in 2019.

The mother claimed it was because she had served a legal demand on the man for failing to pay her $60 million as agreed, while he blamed it on her deliberate non-communication.


In May 2019, the mother sought care of the child on Chinese New Year's Eve.

She said that with her daughters overseas, it was important to spend quality time as a family that day.

The father also sought care of the child, claiming that the boy always had reunion dinner with paternal relatives.

After the district judge decided that the child should have separate dinners with them on Chinese New Year's Eve, both parents argued that the arrangement was not workable.